Every camper will spend five days in Cameron Indoor Stadium and the K Center, the premier practice facility in the country, where they’ll go from opening day tryouts to Sunday’s championship tournament. Along the way the campers will play games on Coach K Court in Cameron and learn the inside scoop on Duke’s five-time national championship program. 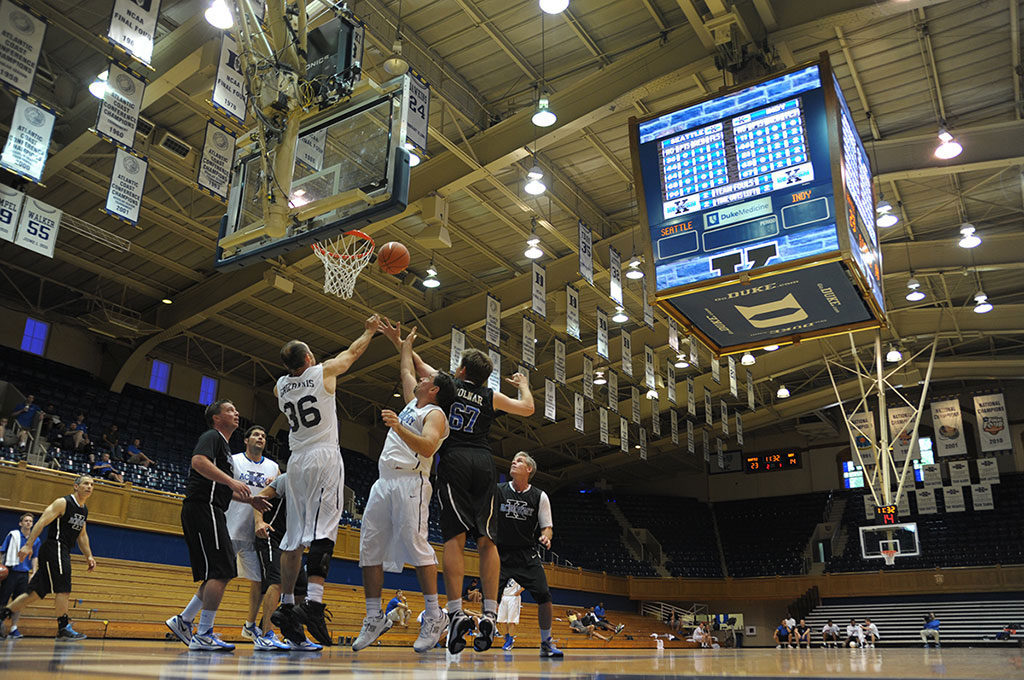 Duke University’s Cameron Indoor Stadium, the crown jewel of college basketball’s classic venues, was conceived on the back of a matchbook cover in 1935 and renovated in the late 1980s at a cost of $2 million. Cameron underwent a series of improvements over the summer of 2009 to enhance the gameday experience, while also retaining the revered qualities of the facility as it approached its 70th year as the home of the Blue Devils. 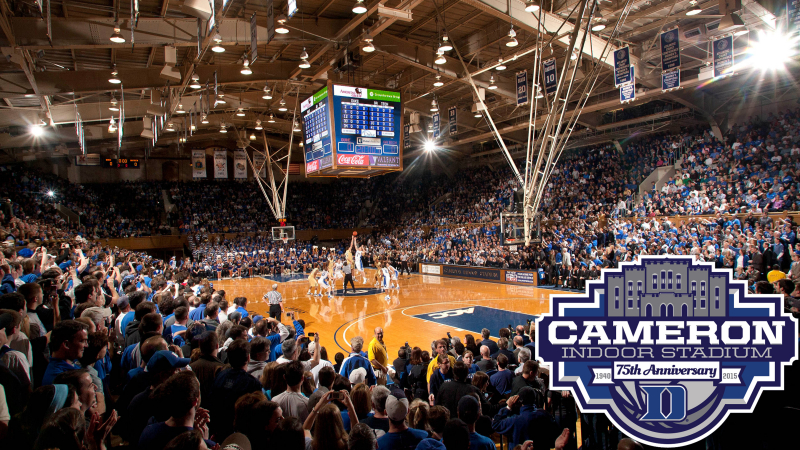 Legend has it that it all began with a book of matches, which for a town and a school founded on local tobacco fortunes, seems a promising way to start.

It was on the cover of a book of matches that Eddie Cameron and Wallace Wade first sketched out the plan for Duke’s Indoor Stadium in 1935. The story may be a myth (the matchbook has never been found), but then the Indoor Stadium that emerged from those first scribblings lends itself to the propagation of myths.

For 66 years, spectators, players and coaches have understood the unique magic of the Indoor Stadium. The building was dedicated to longtime Duke Athletic Director and basketball coach Eddie Cameron, a legend in his own right, on January 22, 1972. An unranked Duke team upset then third-ranked North Carolina, 76-74, after Robby West drove the length of the court to hit a pull-up jumper to win the game.

It’s the intimacy of the arena, the unique seating arrangement that puts the wildest fans right down on the floor with the players. It’s the legends that were made there, the feeling of history being made with every game. And it’s something more than either of these, something indescribable that comes from the building itself. No one who has experienced it will ever forget it.